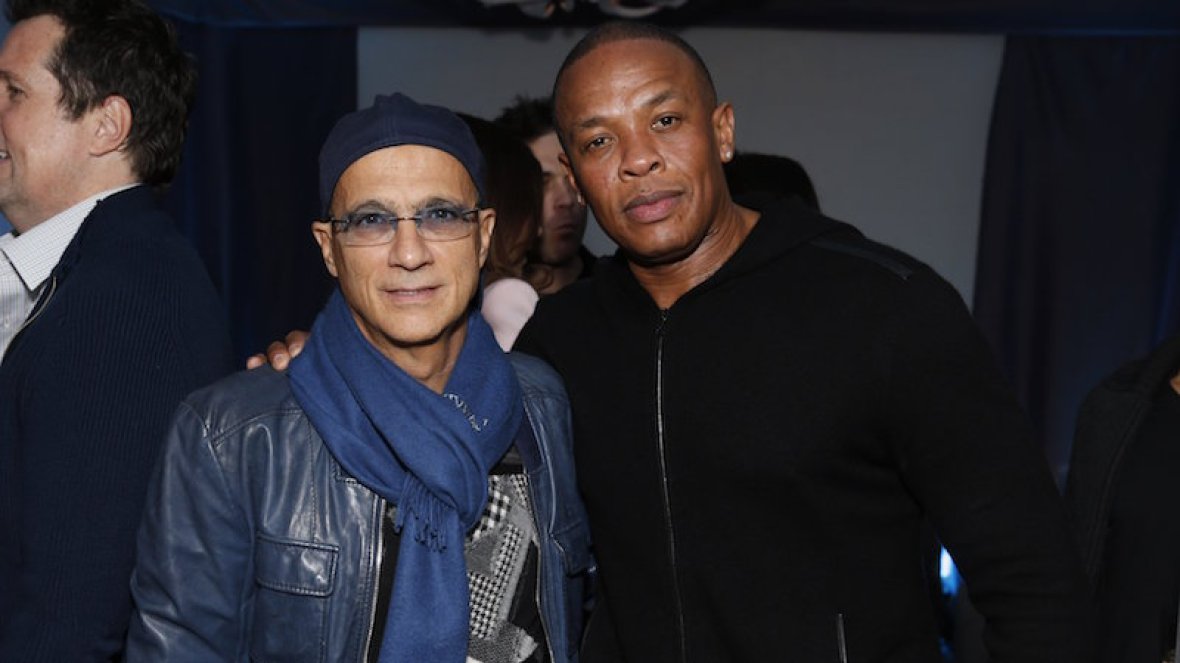 Maybe you’re like me: a hardcore connoisseur of rock documentaries, a veritable scholar of pop music history from the ‘60s forward. The kind of person that will sit through a film about a band you don’t even like, if the story is interesting enough. The kind that thought, at first glance, that they didn’t need to watch HBO’s The Defiant Ones because the material had all already been covered elsewhere.

We just went pretty deep into Dr. Dre’s backstory in the recent biopic Straight Outta Compton, and there was a nice long section on Jimmy Iovine in Peter Bogdanovich’s stellar four-hour Tom Petty documentary Runnin’ Down a Dream. Do we really need another documentary — a four part documentary, no less — covering the same ground?

Well, if you’re like me, the only way to answer that question is to watch the four-part documentary in question, and I am pleased to report that The Defiant Ones is terrific soup to nuts, even if — especially if — you are a diehard rock doc enthusiast.

Tracing the very different careers of Iovine and Dre, the film presumably takes its title from the old movie about two convicts, one black and one white, who escape from a chain gang while handcuffed together (not that this is ever explained in the documentary) and have to learn to work together. The circumstances of Iovine and Dre’s partnership are not quite that extreme, but the closer you look at these seeming opposites — one a rock producer who made his name in the ’70s and the other the architect of ’90s gangster rap — the less opposite they really are.

Iovine, we learn, grew up in a very poor Brooklyn neighborhood and started out as a third-assistant recording engineer before a combination of luck and hard work landed him a gig at the Record Plant recording John Lennon, which landed him simultaneous gigs engineering Bruce Springsteen’s Darkness on the Edge of Town and producing Patti Smith’s Easter, where Iovine soon works a bit of what will become his trademark magic, persuading Springsteen to let Smith record “Because the Night,” a track Springsteen decided wasn’t good enough to make his own album but came to define Smith’s whole career.

From there, Iovine bluffs his way into producing Tom Petty and the Heartbreakers’ breakthrough third album, Damn the Torpedoes (Petty thought he was hiring Iovine to engineer), becoming Stevie Nicks’ boyfriend, and persuading Petty to give her “Stop Draggin’ My Heart Around,” a decision Petty would come to regret.

By the end of the ‘80s, Iovine has founded Interscope Records, a label that starts out as a sort of Island of Misfit Musicians, with the likes of Gerardo and Primus, two acts that couldn’t possibly have less in common, as early signings, before Iovine signs the suddenly-solo Dr. Dre.

Iovine’s fascinating story is intercut with the parallel rise of Dr. Dre, who started out as a DJ in South Central Los Angeles with an unusually sensitive ear, and went on to found the seminal gangsta rap act N.W.A., teach bandmate Eazy-E how to rap, and produce N.W.A.’s and Eazy’s records before leaving the group  in a financial dispute with management and signing to Interscope as a solo act, where he founds the Death Row label with Suge Knight and pretty much invents the sound of West Coast hip-hop: super bass-heavy, drenched in ‘70s funk samples, and highlighted by a young, unknown rapper with a lazy drawl named Snoop Doggy Dogg.

It is here that Iovine’s and Dre’s stories come together and really get interesting, as Interscope both stays with Death Row through controversy of the increasingly hostile East Coast/West Coast rap rivalries of the ‘90s — a controversy that Dre himself tagged out of when he left Death Row in 1996 — and signs controversial acts Nine Inch Nails, Marilyn Manson, and most importantly Eminem, who Iovine pairs with Dre as producer to create one of the most fruitful partnerships in the history of hip-hop. This part of the story is covered in Part 3, easily the most compelling of the four, and the one to watch if you can only watch one. (But all four are terrific.)

Once Iovine groks the possibilities of P2P file-sharing, he shrewdly sets about divesting from the traditional record business, and enlists Dre in starting the headphone company that will eventually morph into Apple Music and make both men billionaires, a tale that is admittedly less fascinating than Tupac’s murder but still an amazing example of business savvy wedded to the knack for bringing people together that is particularly Iovine’s trademark.

Throughout, the doc is star-studded with the A-list rock and hip-hop stars that worked with Iovine and Dre, including Springsteen, Smith, Petty, Nicks, Bono, Snoop Dogg, Trent Rezor, Gwen Stefani, and Eminem, all of whom are either bemused by Iovine’s relentless work ethic and tools of persuasion, frustrated that Dr. Dre never released Detox, or both.

My other big takeaway was that Dr. Dre, for all his success and his status as the first hip-hop billionaire, comes off in his interviews as a man profoundly uncomfortable in his own skin. This makes sense, considering that (to my ears) he never sounded very comfortable on the mic as a rapper, and always tended to outsource MC duty to Ice Cube, or Snoop Dogg, or Eminem, or even Eazy-E, who had zero talent for it but more swagger than Dre. Then again, when you have access to a Snoop or an Eminem, only a fool would insist on taking a verse. Dre’s true genius, which he shares with Iovine, is for collaboration, and their unlikely pairing makes for a hell of a story.

For real though, when is Dre going to release Detox?

The Defiant Ones is available on-demand to all HBO subscribers.