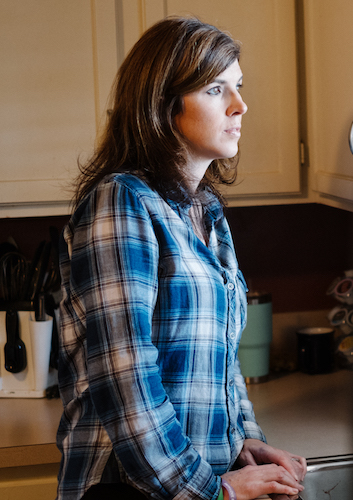 A&E has distinguished itself as a true-crime powerhouse over the last few years, with smash hits Live PD, 60 Days In, and The First 48 quietly hoarding eyeballs week after week after week. Each of these shows focuses on a different phase of the criminal justice process: Live PD on the minute-to-minute adventures of street cops on the beat; The First 48 on specific murder investigations; and 60 Days In on what happens to convicted prisoners.

The network’s new weekly series, Accused: Guilty or Innocent?, looks to close the loop on the criminal-justice lifecycle by filling in that missing piece: the trial process. Each episode begins by recounting a crime, using whatever documentary evidence is available (911 call, security-camera footage, newspaper clipping, what have you), and then closely follows the defendant through their months of trial preparation, as they meet with their lawyers, give their side of the story, review evidence, appear in pre-trial hearings, consider plea deals, and then face a jury for their alleged crimes.

The first episode concerns a recovering East Tennessee opioid addict about to stand trial for the murder of his less-recovered wife, who he shot in the belly with a pistol in the presence of their toddler son. The story takes several interesting turns in just an hour’s runtime; at the outset it appears to be an open-and-shut murder, but as details of domestic abuse begin to unfold, and as the prosecution eventually turns over long-sought security-camera footage, the truth seems to be much more complicated. And then, just when it seems clear how things are going to play out, things take another turn.

The next episode is about a woman accused of trying to kill her own child; another is about a death that occurred as the result of a street fight, and whether the fatality was assault or self-defense.

One of the interesting things about the series is that, as in real life, not all criminal cases end up going to trial; when defendants are offered plea deals, they have to weigh more than just the fact of their guilt or innocence, or the strength of their case, in making the decision.

There’s no host and no narration; details and context are filled in by the occasional cut to a black screen with white text, a la Intervention. And, for those of us whose exposure to the criminal justice system is limited to Law & Order reruns, the jails and courtrooms seen here will come as a reality check. You’re about as likely to see a wood-paneled courtroom — or the likes of Jill Hennessey or Chris Noth walking into it — as you are a pink elephant.

But these are engaging stories, and I was surprised to see how quickly I found myself caring for these defendants, no matter what I thought of their cases. If the success of A&E’s other crime shows is any guide, Accused: Guilty or Innocent? will likely end up doing 10 to 20.