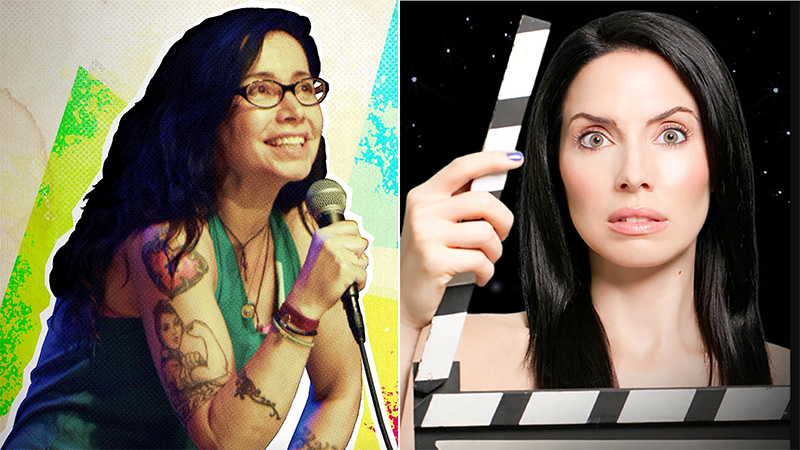 In addition to our Orange and Blue packages, Sling offers subscribers dozens of Add On Channels. If you’re feeling overwhelmed with options, Sling Standalone Standouts is here to help you discover great new content you might otherwise miss.

If you’re a fan of stand-up, Comedy Dynamics Network is no joke. The standalone channel — which Sling customers can add on to their base packages for just $5 per month — has over 100 titles available on demand, so you can find your new favorite comedian while skipping the mandatory two-drink minimum.

Comedy Dynamics has specials from many of the funniest stand-ups in the business. Longtime legends like Colin Quinn, Richard Lewis, Joe Piscopo, Kevin Nealon and Bob Saget all have at least one special available on the service, along with newer names like Mike Birbiglia, Cameron Esposito, Maria Bamford, Moshe Kasher and Josh Blue.

If you’re interested in learning about the evolution of the artform, Comedy Dynamics is a great place to start. From prop comedy masters like Gallagher to politically-minded stand-ups like Bill Hicks to the live-wire unpredictability of Sam Kinison, Comedy Dynamics has multiple specials to dive into.

Beyond the stand-up specials, Comedy Dynamics also has a rotating catalog of shows, feature films and documentaries. These include Andy Kaufman’s My Breakfast With Blassie, The Awkward Comedy Show and two seasons of their own original series Coming to the Stage.

So if you’re in need of a good laugh, be sure to add Comedy Dynamics to your Sling package today.