The Chick-Fil-A Peach Bowl kicks off on January 1 at 12:30pm ET. Watch the live stream of the Peach Bowl action on ESPN with SLING Orange. 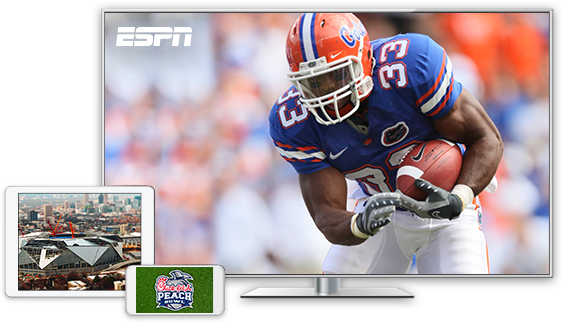 Since the first Peach Bowl in 1968, the game has been played in a number of stadiums around Georgia. Today, the game is played in the Mercedes-Benz Stadium in Atlanta (not to be confused with the Mercedes-Benz Superdome in New Orleans). Chick-fil-A has sponsored the game since 1997, but the Peach Bowl name was reinstated when it became one of the college football playoff games.

The Chick-Fil-A Peach Bowl will be played at 12:30pm ET on January 1, and you can watch it all on ESPN with SLING Orange.

Read more about what's happening in college football on our blog

Find out how to watch local channels with an indoor antenna